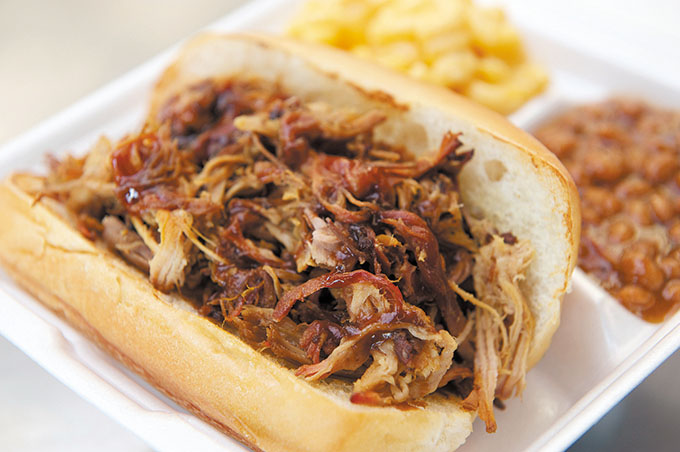 As we know, each of the various BBQ regions lays claim to its own style of BBQ sauce and the Carolinas are no exception. While Western Carolina Style sauces  similar to KC Style and Texas Styles in that they are tomato based, they are comprised primarily of ketchup with lots of vinegar and sugar, resembling a sweet-and-sour sauce more than it’s western counterparts. Eastern Style sauces are vinegar based, with sugar, crushed red peppers, salt and pepper for flavor, while South Carolina sauces are where the mustard based sauces originate from.

The Ingredients you’ll need are:

After combining all dry ingredients in a large bowl, add lemon juice, vinegar, apple cider and Worcestershire sauce then blend well with a wire whisk. Add molasses and mustard to the mix (hint: use a food processor or blender).  This makes an excellent finishing sauce for pork butts; start applying about 1 hour prior to the end of cooking, then again 30 minutes later. The sauce is also perfect for warming up to compliment  pulled pork on a sandwich or by itself.

Want to experiment with your own BBQ Sauces? Our friends over at Cookshack have a few suggestions: