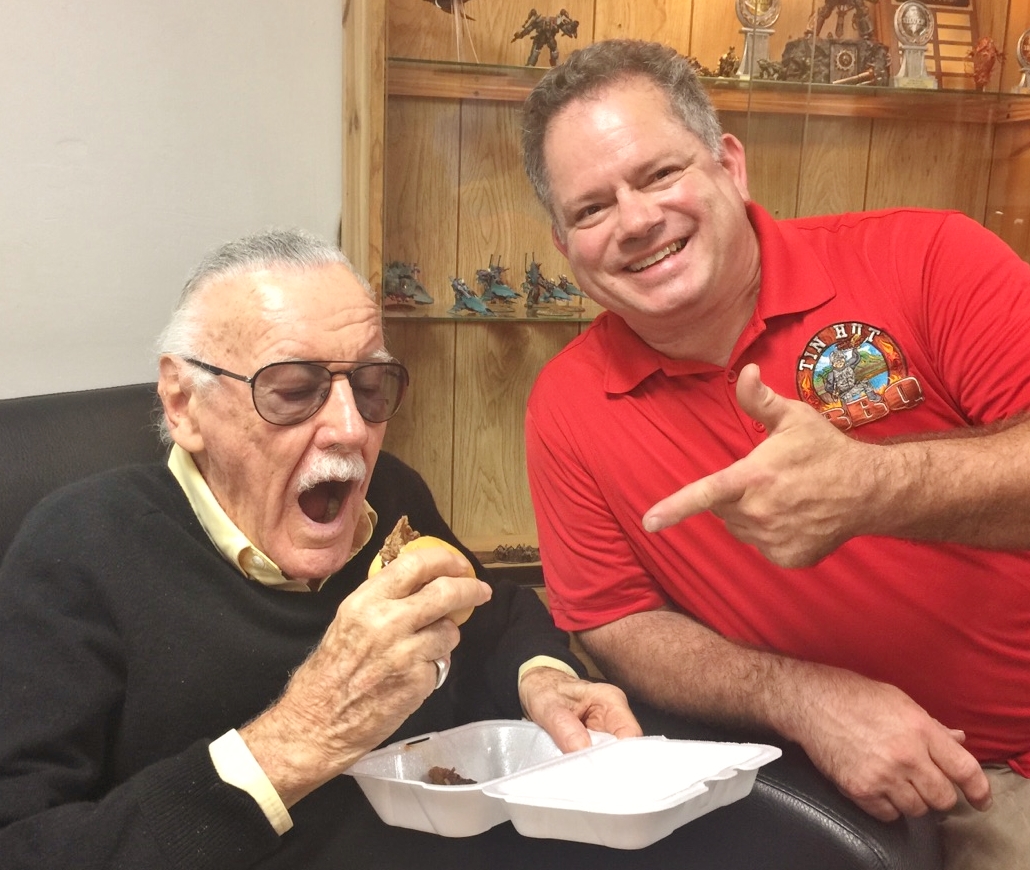 The superhero industry is big news these days with Marvel films introducing legendary comic book heroes to legions of new fans each year, and we recently had the privilege of supporting a special event for Stan Lee, the man who created hundreds of iconic superheroes, including Spider-Man, Iron Man, Incredible Hulk, Silver Surfer, and Thor during his most recent visit to Hawaii.

The event, hosted by Other Realms Ltd – The Comic & Game Specialist drew throngs of fans, many of them dressed as various Marvel characters, all of them anxious to see their hero, and all of them famished!

“While no one is expected to leap tall buildings in a single bound, our aspiring heroes will be tested on their courage, integrity, self-sacrifice, compassion and resourcefulness – the stuff of all true superheroes.” — Stan Lee

Tested they were – in every aspect mentioned above. Granted…there were no tall buildings to leap in a single bound, but tall orders abounded as SGT Tin Hut and troops battled alongside the Food Network stars, taking on the hungry lines with superhero-like grit as they turned out orders faster than Spidey spins webs. “Excelsior!”

Did you know? Stan Lee is a United States Veteran. He served in World War II from 1942 to 1945, first in the US in the Signal Corps, repairing telegraph poles and other communications equipment and later with the Training Film Division, writing manuals, training films, and slogans, and occasionally cartooning. His military classification, he says, was “playwright”; a title that only nine men in the US Army were given that title. Reference: Wikipedia