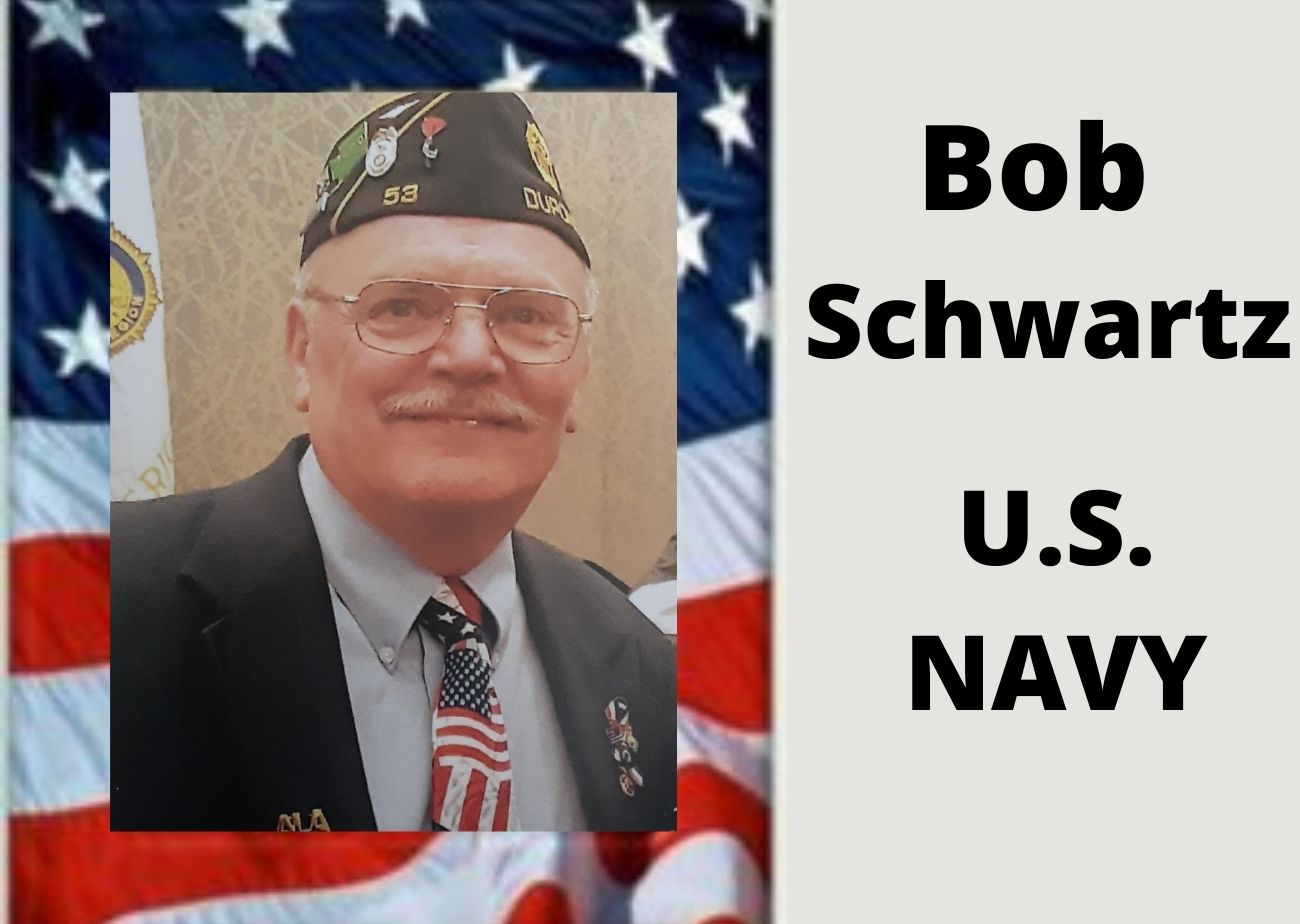 Bob grew up attending the Methodist Church in University Place , WA. He graduated from Curtis High School, University Place, in 1965. He continued his education at Washington State University, receiving a BS degree in Physical Metallurgy in 1969.

Shortly after graduation, Bob was commissioned an officer in the US Navy. He was an A-7E pilot, flying off the USS Coral Sea CV-43 aircraft carrier. He participated in the rescue operation of the SS Mayaguez off the coast of Cambodia. Bob also flew the UC-12 Kingaire, the UH-IN helicopter, and was a flight instruct or in the T-34B jet trainer.

During his Naval service, as LCDR, Bob was stationed at: NAS Lemoore CA, Guan t anamo Bay Cuba, North Island CA and Sigonella Italy. He retired from the US Navy in 1990.

Bob was a born leader, a mentor, a kind and gentle man. He was a true American patriot dedicated to his fellow countrymen, especially military veterans. He was an honorable man with the courage of his convictions.

He was a member of the Chamber of Commerce; AMVETS; Uptown Crusin ‘ Assoc. that donated all profits to High School scholarships, helped with UP food bank events pick-up and deliveries; Friends of Homestead Park (memorial trib ute signs); Past Secretary Mil itary Officers Association of America (MOAA); Past Pres ide nt of the University Place Veterans Plaza (UPVP) and thankfully saw the groundbreaking of the Plaza on August 19, 2019. The dedication of the UPVP will be Memorial Day 2022. He joined the American Legion (AL) to help Veterans and their families and said, “it was the most rewarding experience and would do it all over again”. Adjutant of the AL Doughboy Memorial Post 138 (2003-2009), Doughboy Honor Guard (1993-2021; and Post Commander (2002-2003) ; AL 4th District Commander (2004-2006) ; AL Dept. Vice-Commander Area II (2008 -2009); AL Dept. Commander (200 9-2010); ANAVICUS (2009); AL Pat Tillman Memorial Post 53 Adjutant (2011-2022). Most recently , Bob was awarded the American Legion Department of WA Lifetime Achievement Award , 2022 .

Bob served whenever and wherever needed. Bob had a passion to help others and it showed in the way he lived his life. He will be lovingly remembered by his family, dear friends and all those whose lives he touched with loving kindness. Rest in peace, Bob…your heavenly journey has begun. 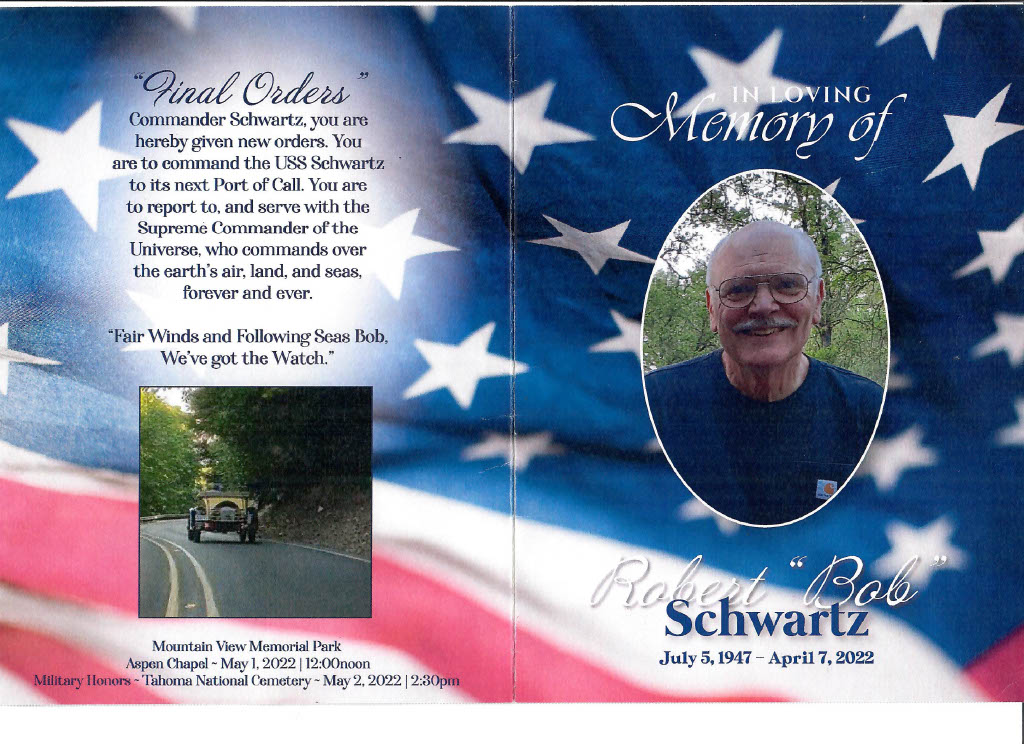