Tin Hut BBQ Press: In the News and Around the Web

@tinhutbbq storefront is officially open in @pearlhighlands — serving up barbecue like Carolina-style pork, Texas-style brisket and Kansas-style ribs. Tin Hut actually opened in 2012 with food trucks in Schofield. Today the ribs sold out at the storefront, but at the media event, we tried some of the pulled pork, brisket and a variety of sandwiches. #frolichawaii #hawaii #barbecue #tinhutbbq #foodtrucks #mediaevent

“They Got the Meats”

“Veteran Views BBQ as a Way to Bring People Together”

A Food Truck Owner’s Secret Sauce for Helping the Homeless

Aging Well: Food Truck Owner Serves Up BBQ with a Side of Compassion

It was such a pleasure supporting Calvin & Susie‘s event with the Tin Hut BBQ Food Truck! Check out all the furry and feathered stars (and their human friends) featured in the video – which also features Tin Hut BBQ – below! 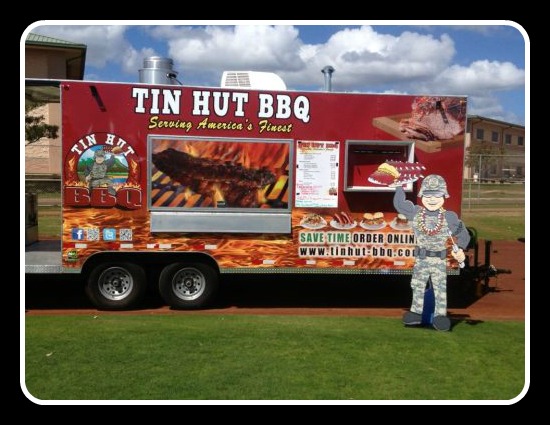